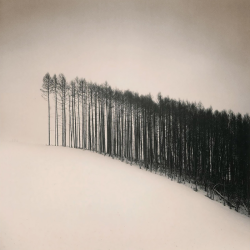 Hannah Close
Hannah Close is in the Events Industry by day, a Photographer by night, and a Virtual Reality Obsessive 24/7. She currently heads up the VR front at The Old Truman Brewery, East London’s cultural and creative quarter. A self-proclaimed Wonder Junkie, Hannah is also passionate about disruptive technologies and their impact on the human condition.

Tech media is being overwhelmed by VR innovation. Every day new developments are bubbling to the surface and we are seeing more incredible ways in which VR can be deployed, whether it be for entertainment or therapy. Augmented Reality has had its moments too, but for now it seems VR has taken the wheel. Perhaps this is because VR sits on the extreme end of the immersion scale, it’s function being to completely transport you into another realm. AR, on the other hand, exists to work symbiotically with our existing world, which, as Tim Cook points out, has greater clout in terms of longevity and potential significance. In light of the sheer phenomenon of VR, the intensity and excitement it inspires can certainly be seen as more immediately appealing than AR.

Who wants to sit around in the ‘real world’ anyway?

Wouldn’t you rather just escape and marvel in the alternate worlds that VR currently has on offer? Nonetheless, it is largely agreed that Augmented Reality will come to affect our lives in perhaps more pronounced ways, albeit over a more staggered period of integration.

Just to clarify for those readers who are new to this beautiful weirdness, Augmented Reality, or Mixed Reality if you will, offers an improved or enhanced reality, not an entirely new one. AR should, in theory, make our lives easier by streamlining processes and tasks that could be performed better by non-human intelligence. It aids us in the everyday by supplementing our senses with visual and aural aids. It builds on already existing images, colours, structures and sounds.

With the inception of Google Glass, AR infiltrated the mainstream consciousness, however Google’s concept of wearable computing clearly wasn’t a hit. Then along comes the Hololens. An entirely unique design to Google Glass that unashamedly sits on the user’s head with little attempt to conceal its role as a wearable computing device. Whilst the Glass aims at discretion, the Hololens makes clear that it is a device designed for specific use. Its role is not falsified by design.

This leads me back to the heading, AR and the ‘real world.’ Many are concerned with the notion of VR/AR manifesting false realities. Obviously there is a focus on entertainment, mainly gaming and cinema, and of course within these modes fiction flourishes. However, it has been proven time and time again that VR/AR has a place in the real world, a place in which is serves a purpose other than entertainment.

AR in particular is interesting in terms of real world integration as it does not take over our vision/hearing entirely. It works with us, and by that I mean quite literally works. This makes it a perfect companion for those working in professions such as engineering. Two companies that have partnered to achieve this are ClickSoftware, the field service optimisation market leader, and Fieldbit, the creators of a service-centric augmented reality solution. These two companies are developing an augmented reality headset that allows field technicians to communicate with experienced engineers in real-time. Not only will this reduce the need for experienced engineers to travel, it will also improve customer service by delivering a next-generation, smarter level of service while also reducing the amount of onsite technicians.

So, why does this matter?

The advent of a hands-free augmented reality headset will ensure that engineers are able to fix the machinery or equipment as soon as they arrive onsite, ideally replacing the requirement for multiple visits or numerous engineers, a bugbear for both customer and supplier. The headset also allows the field engineer to communicate remotely with service centre experts both visually and verbally. By having this extended communication, the engineer and expert will be able to share information about complex machinery and equipment.

The inception of AR technologies has profound implications on the workforce and the nature of future skillsets.

It raises the question of supply and demand. Is it such a good thing that engineers will become less vocationally experienced and more dependent on technology to do their jobs for them? Maybe, if the technology does a better job. It’s also important to consider that whilst engineers may gain less industrial experience, the nature of the vocation itself will change, meaning that a proclivity for technology, and not hands on industrial tinkering, will become a more in-demand ability.

Of course, working with AR is likely to appeal to a younger audience. It’s a great initiative to get the younger generation into STEM jobs, which is a huge demand in recent times. Whilst the majority of millennials buckle under the pressure of student loan repayments and the bleakness of the housing/employment markets etc. they should jump for joy – technology is the new workforce and millennials live and breath that stuff.

Hannah Close is in the Events Industry by day, a Photographer by night, and a Virtual Reality Obsessive 24/7. She currently heads up the VR front at The Old Truman Brewery, East London’s cultural and creative quarter. A self-proclaimed Wonder Junkie, Hannah is also passionate about disruptive technologies and their impact on the human condition.