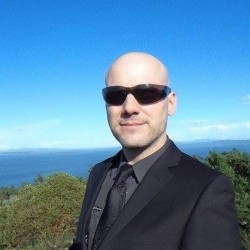 I’ve been researching environmental immersion for 5 years, and now, with my own virtual Reality viewers (and 360 recording devices), I’ve been able to experiment.

The first unusual experiment: I took a nap while wearing my Virtual Reality Viewers to learn about how it interacts with the mind upon waking in VR. My first awakening? The avengers mansion. At first I was quite confused. My first thoughts were, “Did I get really drunk last night? Where the hell am I? How did I get here? Is this a dream” In those early stages my first reaction, when presented with an unusual environment upon waking, was to assume it was real, and try to make sense of how I got there. Those first times, when i tried to rub the sleep out of my eyes I immediately feel the goggles and realize fairly quickly that it was a VR experience still running. (The time between was relatively short, measured in seconds, but could be increased using better equipment but overall the effect decreased over time.)

It certainly is an interesting few seconds though, the feeling is hard to describe and certainly isn’t discussed so I thought I’d experiment with this a bit more. I spent the next few months staying up as late as I could, until I could barely stay awake, then would load up a VR experience so that I could see what happens when you wake in VR in various environments. I’m fairly good at waking myself up, if I drift-off, this enabled repeated trials in CGI digital, 360 and 3d360 videos.

I’ve woken in virtual environments of just about every type available. I’ve woken up all over the world and even on mars. I’ve woken up in a website. I’ve woken up face-to-face with myself (a recorded 360 message $ even LIVE). I’ve also been recording many of my life’s moments in 360 so that I could try waking in past events, the results? Confusing life with memories.

I learned quite a few things from these experiments, for example: the more senses are used; visual , audio and haptic, when entering into those environments, the more intense the transition experiences are. I must caution you to not try this at home. After a short while, I did noticed quite a few side effects. The first was that when waking on regular non-VR days my brain took a few seconds longer to process where I was, and if it was real. I also noticed a change in how I watch regular TV , I have noticed and an increased aversion to (shaky cam) motion in regular Film. I’ve notice a Stark increase in my ability to visualize and imagine something when asked. I’ve also noticed when watching a regular video on a mobile device my first reaction is to move it around to test if it is a 360 video (that could be because my R.A.S. watches out for opportunities to sample new VR experiences). Even the lens through which I see the world, seems to have changed.

The technology has progressed so rapidly that near-complete immersion can be achieved, because of this, I have memories and dreams of places I’ve only been virtually. How I speak to my friends about my day’s activities often sounds surreal and bizarre. This is because many of our senses can now be “hijacked” sufficiently enough to fool my subconscious mind into believing the reality that we are presented with. I have friends that I remember as avatars in altspace or vtime, because i’ve never seen their real bodies, but i’ve become familiar with their body language. (head movements). I have memories of photographing elephants in Africa, because while in a 360VR app i wandered around taking screenshots. To me, in a way, I was there doing it. My vocabulary expresses my beliefs, its weird trying to explain your activities. “IN VR “ or “IRL” seems to be a necessary corrector for my speech now.

Virtual Reality programs are designed to enhance the impressiveness of the experience via vivid visual graphics and surround audio, low levels of and haptic feedback can be simply achieved by matching the environment. For example: whatever I was on, soft couch, or floor, was set to match the VR environment. For a forest, i placed a bamboo plant nearby, to simulate a beach i sat in a box of sand. I definitely learned that increased immersion has increased effects, on everything from waking state reaction to rate of development of imagination and visualization skills.

Despite the many opportunities these innovations may bring, such immersive technology is probably not without its own set of concerns. It shares some similarities with over active imagination, hallucinations, and schizophrenic behaviors. These similarities brought me to consider how virtual reality is a vivid simulation that is comparable to our imagination, and that V.R. may benefit from existing methods for creating safe mental and emotional environments of which you can exit from at any time, and can be removed from when necessary. This must be achieved before we intend to create relaxing VR sleeping apps (which may be many years from now.)

For now I believe that first experiences, particularly for children, should be monitored and include simple audio scripts to instill some mental safe-guards as well as suggesting a “safety-bubble” to help users filter out moments that may be particularly upsetting. “You are safe, this isn’t real, you can exit anytime” This may prevent issues that may arise with long term use of this fantastically powerful technology. Until we know the ramifications and unintended consequences of VR technology, such as the Epigenetic effects, any and all precautions should be taken. It would be beneficial if more counselling psychologists and therapists were involved in research and experimentation, particularly those trained in hypnosis, an area that specializes in the inner workings of the subconscious mind.

The advances of this technology are so rapid that we can expect that soon VR devices will have sensors that monitor brain wave activity, heart rate, and cortisol levels in the blood in order to monitor a user’s stress levels. Perhaps, a built in safety feature that automatically, or on demand, (and slowly) shuts the system off when critical thresholds are reached (for example the warning that already takes place with head phones and dangerously high volume levels). A system that shuts down your VR device if it detects that you’ve fallen asleep. Until then, it is our social responsibility to apply rudimentary preventative measures based on existing knowledge such as the effects of stress on our body and long-term health or our understanding of Post-Traumatic Stress Disorder (PTSD). PTSD being a state that can occur from repeated or prolonged exposure to a perceived life threatening situation. Currently, VR has been looked at as a treatment for PTSD, but with VR becoming more immersive it is necessary that we take precautions to prevent it from causing any type of stress.

This is new and exciting technology. It has the potential to alter the way we interact with, and share experiences in, our world; yet it also has the potential to harm us in ways we do not yet understand. Let’s apply reasonable caution, and ensure it enhances our quality of life rather than endangering it. Virtual Reality can help improve education, therapy, and medicine, but it must be done correctly and with care, or the implications could be devastating despite our good intentions.