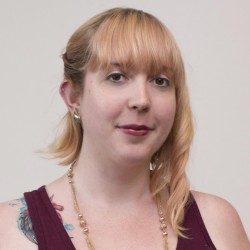 Wren Handman
Wren Handman is the author of three novels, a multitude of short stories, and one television show. She is the driving force behind creative content for Hammer & Tusk, a VR product studio and global community.

Virtual reality has been in the news a lot. There is a lot of evidence that it can have a profound effect on the brain, from helping paraplegics regain muscle control to curing instances of vertigo in millionaires. We know that it can provoke empathy, challenge implicit racial bias, and improve control over dreams, allowing a degree of lucid dreaming. But all of these changes are ill-understood. What kind of effect is VR having on your brain – and how long lasting could the effects be?

So far, the bad stories seem few and far between. One developer has a scary story about developing vertigo after playing an experimental VR demo – and it lingered for weeks. Others talk about driving home later and experiencing a feeling akin to being drunk – a slightly inability to gauge distance and spatial relation.

But since the release of the PlayStation VR, those stories are becoming more frequent. In the PSVR Sony Playstation Facebook group, one user asked if anyone had experienced brief, jarring moments throughout their regular day of strange sensory flashes that felt as though they were having mild VR disorientation. Responses began pouring in, with users recounting strange ocular and mental occurrences. Several users described the sudden feeling, hours or days later, that nothing was real; as if they were still in VR, and could take off their helmets at any time. Another user said they had black dots and a headache after using the system, which lasted for four or five hours. This reviewer describes being nearly knocked out, lying on the ground for hours with a churning stomach.

But it turns out these symptoms are hardly new. One Redditor asked about the strange sensation that when they closed their eyes, the darkness seemed to have depth; rather than being simply the back of their eyelids, it was as if they were standing in a large, dark cube. But when others jumped in with similar stories or instances of dissociation (also called derealization), it turned out that many people had experienced the same playing the Vive and the Rift. In fact, dissociation after long amounts of time playing is a common side effect of VR, which is known to affect new users but gradually tapers off over time.

So why are these stories suddenly so much more ubiquitous?

One theory is that the PSVR is, simply, more comfortable. The majority of gamers didn’t play the Rift or Vive for for more than an hour without taking a break, because the headsets are too heavy, and press too much on the nose and sinuses. Another possible reason is that as more gamers pick up virtual reality, there are simple more people playing, and thus more stories of disassociation and distress. And, of course, there’s the forgive our technical difficulties phenomenon; VR has, until now, been very much in the beta stages. Early adopters expected strange side effects, since the technology was nascent. They were willing to forgive a lot more as simply the price of admission. Now that new users are picking it up, and it’s achieved real commercial reach, those players expected a polished product. They would complain if their Nintendo made them sick, and they’ll complain now if their PSVR or Rift causes their vision to occasionally flash to white.

So should you be worried?

Chances are, there’s no need to panic (or get rid of your shiny new VR system). While it often seems like we’re in the early days of virtual reality, the truth is that simulations have existed for years; pilots have been training in virtual flight simulators since the 1970s. Gregory P. Garvey, author of a research paper called Dissociation in virtual reality, suggests that “rather than a pathological disorder, dissociation is a normal response to the “artificial reality” of [VR].” Effects seem to naturally fade after hours or days, and cases of users experiencing side effects that linger are still very rare.

If you have a history of mental illness and cases of dissociation, you may want to hold off on trying VR. Otherwise? Strap on that headset. Just don’t operate any heavy machinery for a few hours afterward.

Wren Handman is the author of three novels, a multitude of short stories, and one television show. She is the driving force behind creative content for Hammer & Tusk, a VR product studio and global community.